From savory steaks and pastas to sweet pastries and cookies, almost every recipe has one common ingredient: salt. Dating all the way back to the early Roman Empire, salt has played a vital role in our cooking and eating experiences for thousands of years. But what makes this simple, tiny little ionic compound have such a big and powerful impact? Let’s take a look at the science behind this miracle mineral and find out the method behind the saltiness. 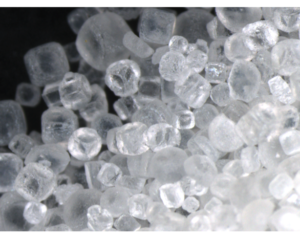 So what powers does this mystical compound hold? Specifically, salt can enhance the flavors of other foods by simply increasing the perceived saltiness on our tongues, and it can balance other flavors like sweet and sour and override bitter flavors by suppressing the perception of bitterness. Salt can also denature the rigid structure of proteins, making their flavors tastier and more aromatic, which is why salt and meats go so well together. Salts can bring out aromas by helping release aroma molecules from food into the air, which in turn stimulates our olfactory receptors and helps us smell better. Additionally, as we all know, salt can preserve foods by drawing out the interior moisture of the food and allowing the food to dry out faster, therefore preventing bacteria and mold to grow. This is just a few from the long list of skills of salt.

The most common form of salt is table salt, which is harvested from salt mines and then highly refined and ground to remove any impurities and trace minerals. It is almost pure sodium chloride, about 97%, usually with added iodine as a public health preventative measure against iodine deficiency. Table salt can also clump very easily, so it usually has an anti-clumping agent added to it as well.

Sea salt, although also made of mostly sodium chloride, is harvested by evaporating seawater. Usually, sea salt also contains other minerals like potassium, iron and zinc. Darker sea salts have higher impurities and trace nutrients, and all sea salts are typically less ground and courser than regular table salt, which can provide a more potent flavor burst and a different mouth feel. Unfortunately, due to polluted oceans, sea salt can also sometimes contain trace amounts of heavier metals like lead, although very rarely does this occur. 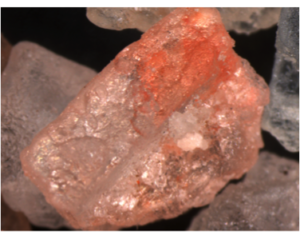 Himalayan salt, or Himalayan pink salt, is harvested from the Khewra Salt Mine in Pakistan, the second largest salt mine in the world. It gets its pink color from small trace amounts of iron oxide, otherwise known as rust. Himalayan salt typically has a slightly smaller sodium chloride concentration, and contains small amounts of calcium, iron, potassium and magnesium. Other than its pink color, however, Himalayan salt is fairly equal to regular salt in regards to taste.

Kosher salt, although initially used for religious purposes, is used today because of its larger flaky texture, which makes it easier for chefs to spread on top of their foods. The main difference between kosher salt and table salt is that kosher salt has bigger flakes, and therefore is less likely to contain anti-clumping agents as well. Despite this, kosher salt is basically the same as table salt but with bigger flakes.

Clearly, salt has a lot more talents and types than meets the eye. So next time you sprinkle some salt on top of your food, think about how powerful those tiny grains really are!