William (Bill) Harris is an FIB Microscopist and Senior Surface Scientist at Analytical Answers lab in Woburn. Though being a scientist might be considered a conscious decision, Harris says his path might actually be more basic. He forged a career in the industry simply because science is interesting. 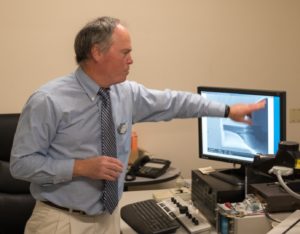 According to Harris, “I think I was attracted to science as a kid because doing experiments was just plain fun and seeing how various systems worked caught my imagination.”

Originally, he was drawn to biology as a focus but soon found the techniques and methods in the field of chemistry were even more intriguing. Borne out by his doctorate in Chemistry from Cornell, he says that chemistry was much more interesting as an undergraduate, particularly analytical chemistry.

Using chemistry’s strength as a scientific concentration where there are multiple ways to identify and measure components in a system, Harris continued on a path toward that at the lab at Analytical Answers. In fact, when asked about alternate careers, he’s stumped, eventually sharing that he has never really considered anything other than a scientific career.

Ultimately, Harris said, “I think science is born out of curiosity and so what makes it enjoyable and stimulating is that it provides, or at least attempts to provide, an understanding of how the world around us works.

One of the most fun projects was working on the development of a new contact metallization process.  I think the aggressive timeline for the work produced a camaraderie among the team involved and close collaboration with process and yield engineers throughout the course of the project.   There was also a need to combine data from a variety of characterization techniques to understand and optimize the formation process. 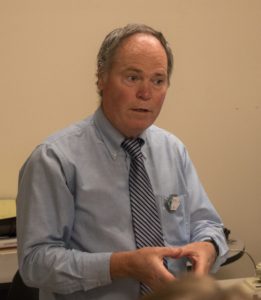 “The projects I have enjoyed the most have always involved being part of a small group of people who are all truly focused on the goal and work together to achieve it,” said Harris.

Though being in the lab has sparked his love of nature and the outdoors. He says that he’s always hiking, biking, kayaking, camping, or enjoying anything that gets him outside.

Bill Harris is married and has four children – bringing the theme full circle, he says that two of his kids are already working in science fields and suspects at least one more is headed in that direction.

When it comes down to basics, scientific discovery is probably in Bill Harris’ genes.